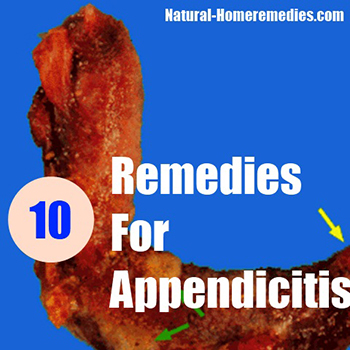 There are several symptoms associated with the development of appendicitis. One of the most common symptoms of appendicitis is the occurrence of pain in the abdominal region. The pain associated with this condition can range from mild to severe. In most cases, the pain caused by appendicitis occurs in the right side of the lower abdomen. The pain may begin to get worse as a result of coughing or walking. In certain cases, the pain may become very severe, making it difficult to walk. Loss of appetite and nausea are also common symptoms of this condition and this may lead to rapid weight loss. The gastrointestinal symptoms associated with this condition may vary from one person to another. Some individuals experience diarrhoea accompanied with the symptom of loose stools, whereas some individuals may suffer from constipation. Fever is another common symptom that is accompanied with appendicitis. Appendicitis is known to cause an infection in the appendix, causing it to be filled with pus.

The major cause of appendicitis is the development of a blockage in the appendix. This blockage results in decreased blood flow, increased pressure as well as inflammation. If this blockage is not treated on time, it can result in the development of gangrene or the organ may rupture. In most cases, faeces are known to block the inside of the appendix. In some cases, an obstruction may occur due to the swelling of the lymph nodes, which squeeze the appendix. This swelling is known to develop as a result of a bacterial or viral infection. The inflammation of these lymph nodes is known as lymphoid hyperplasia. In rare cases, a traumatic injury to the abdomen may also result in the occurrence of appendicitis. Genetics are also considered to play an important role in causing the development of appendicitis.

Garlic is an herb that has been used for centuries due to its healing properties. The Egyptians and Chinese used this herb extensively in the treatment of conditions associated with inflammation and infections. Research studies have now proven the effectiveness of this herb in reducing inflammation and infection, as it possesses the anti-inflammatory, anti-bacterial and antioxidant properties. Due to these medicinal properties, garlic may prove to be effective in reducing the pain and inflammation associated with appendicitis. You can consume garlic in its raw state or in the form of supplements to treat the problem of appendicitis. 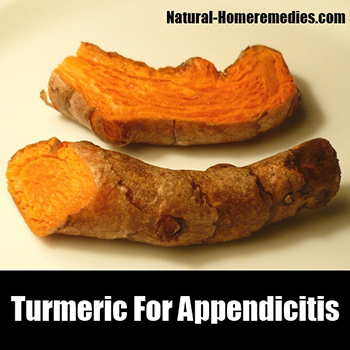 The University of Maryland Medical Center states that turmeric is an herb that is used extensively in cooking as well as for medicinal purposes. This herb is known to possess anti-inflammatory, antifungal and antioxidant properties. The University of Maryland Medical Center states that turmeric is helpful in treating inflammation associated with conditions such as arthritis, fibromyalgia as well as digestive conditions such as diarrhoea and vomiting. Diarrhoea and vomiting are common symptoms of appendicitis; therefore, consuming this herb might prove beneficial in the treatment of this condition. Consuming turmeric may also prove beneficial in treating pain and inflammation associated with this condition. The University Of Maryland Medical Center states that consuming turmeric along with bromelain may help in reducing inflammation more efficiently. The UMMC recommends a dosage of around 400-500 mg of turmeric, two to three times each day. However, if you have undergone or intend to undergo surgery for appendicitis, it is advisable that you avoid using this herb as it can cause bleeding. 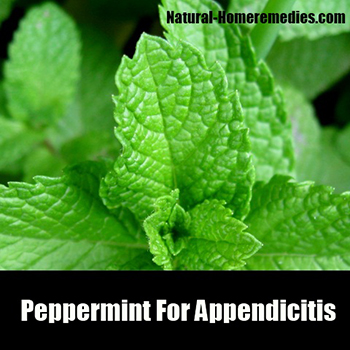 Peppermint is considered an effective home remedy for a host of health ailments. It is primarily used in the treatment of stomach as well as gall bladder problems. MedlinePlus highly recommends the usage of this home remedy in the treatment of stomach problems such as indigestion and nausea. These symptoms are known to be very common in those who suffer from appendicitis. To treat appendicitis, you can easily consume this herb in the form of a tea. Peppermint tea is widely available in the form of pre-packaged tea bags. If you are making use of the essential oil of this herb, make sure to consult your doctor regarding the correct dosage of this oil as high amounts can trigger side effects such as vomiting. 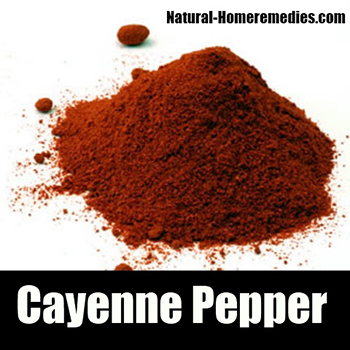 Cayenne pepper is an herb that is used extensively in cooking food as it adds good flavour. Capsaicin is the active ingredient present in cayenne pepper that possesses medicinal purposes. The University of Maryland Medical Center indicates that this herb might prove effective in reducing pain. Therefore, consuming cayenne pepper may also help in reducing pain associated with appendicitis. Trapped faeces, food as well as infection might result in the inflammation of the appendix. Capsaicin, which is the active ingredient in cayenne pepper, is known to exhibit anti-inflammatory properties that help in reducing inflammation associated with appendicitis. 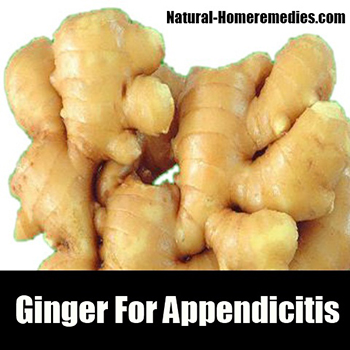 Ginger is an herb that is used extensively in the treatment of a host of health ailments as it possesses anti-inflammatory, anti-spasmodic and antioxidant properties. The National Center for Complementary and Alternative Medicine states that ginger is an effective herb for treating nausea as well as vomiting caused by health ailments. You can consume ginger by adding it to food or consuming it in the form of a tea. It is advisable that you seek medical advice regarding the dosage of this herb as high amounts of ginger root can trigger bloating and gas. 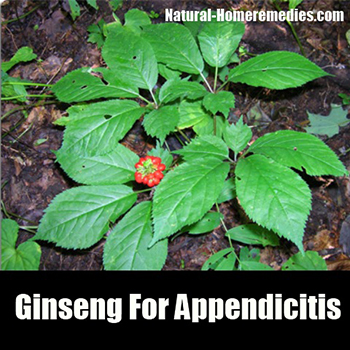 Ginseng is an herb that is considered effective in the treatment of symptoms of pain and inflammation. This herb possesses anti-inflammatory properties that help in reducing pain associated with appendicitis. Ginseng is also beneficial in reducing high blood pressure. This herb is available in the form of an herbal supplement that is available at any health store. 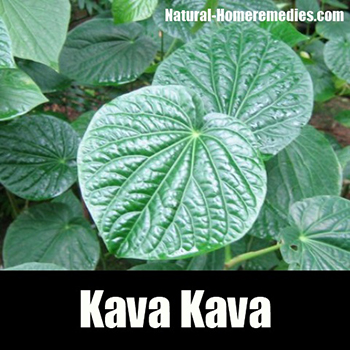 Kava kava is an herb that is considered beneficial in treating pain. This herb has been used in the Pacific Islands in the form of a beverage as it has proven to have a sedating effect on the body. Kavalactones, which are the active ingredients present in this herb, are known to exhibit anaesthetic and analgesic properties. Using this herb might prove beneficial in the treatment of pain associated with appendicitis. It is important that you consult your physician regarding the dosage of this herb as high doses can result in side effects such as dizziness, sedation and blurred vision. 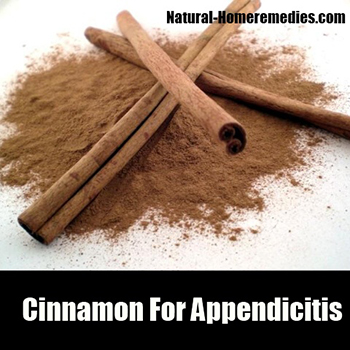 Cinnamon is an herb that has been used extensively in cooking as well as for medicinal purposes. This spice is known to possess antibacterial as well as anti-inflammatory properties that make it effective in treatment of pain and inflammation associated with appendicitis. You can also purchase cinnamon powder and add it to foods such as cereal, oatmeal or yogurt for added flavour as well as medicinal benefits. 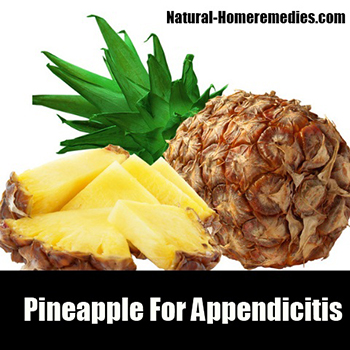 Pineapple is considered an effective home remedy for dealing with indigestion associated with appendicitis. This fruit is known to possess an enzyme named bromelain that is considered effective in improving digestion as well as reducing pain associated with rheumatoid arthritis. This conclusion was made as a result of a research study that was conducted and published in the journal named Inflammatory Bowel Disease. 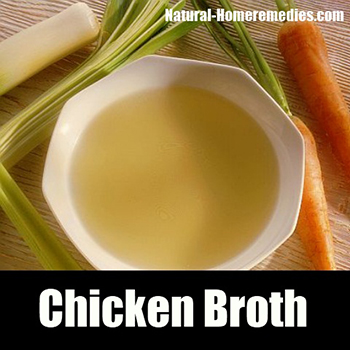 Chicken broth is considered an effective home remedy that has a soothing effect on the digestive system for those who suffer from appendicitis. Always keep your broth low in fat, as excess amounts of saturated fats can lead to the problem of indigestion.

Other Home Remedies for Appendicitis

When it comes to treating appendicitis or recovering from appendectomy, it is highly recommended that you modify your diet to decrease indigestion. Spicy foods are known to be one of the major reasons for indigestion in those who suffer from appendicitis. Avoid the use of chilli peppers in seasoning food. TheHerbGuide.org states that you should make use of mild seasonings in foods and avoid the use of spicy seasoning. However, if you desire to consume spicy foods, increase the amount of spice in your food slowly and monitor your body's response.

Fried foods are known to be one of the major reasons for indigestion and they cause a lot of discomfort in the affected individual. The excess amounts of saturated fats present in greasy foods are known to be responsible for causing bloating as well as pain in the stomach. Avoid consuming these foods and replace them with foods such as lean beef, chicken, fish and egg whites. Sweet potatoes are an excellent option for those who crave for potatoes as white potatoes are considered responsible for indigestion in those who suffer from appendicitis.

Caffeine and alcohol are known to be common triggers of appendicitis as they worsen the symptoms of this condition. Beer, wine as well as other drinks that contain alcohol are known to be responsible for the symptoms of indigestion in those who suffer from appendicitis. Caffeine is also responsible for triggering stomach pain and should be avoided by those who suffer from this condition. You should avoid aerated drinks and coffee as they contain high amounts of caffeine.

Appendicitis is a condition that mostly occurs due to genetics; hence, there is no proven method to prevent its occurrence. Consuming a diet rich in antioxidants may prove effective in lowering your risk of suffering from this condition.

Other Treatment Options for Appendicitis

It is important to note that herbs and other home remedies may be effective in suppressing the symptoms of this condition. However, they are not helpful in curing appendicitis completely. Appendectomy is a surgical treatment that is helpful in curing this condition by removing the appendix. This surgery involves making an incision in the abdomen that may be as long as 7 inches. However, in laparoscopic appendectomy, several tiny incisions are made in the abdomen and a small camera is inserted along with the surgical instruments. Following that, the surgeon, through one of the tiny incisions removes the appendix. Nowadays, this form of appendectomy is preferred, as recovery from this surgical treatment is much faster, compared to the traditional surgical removal.

The Chinese often define appendicitis as a condition triggered by blockages that hamper the flow of blood. Acupuncture is the form of treatment that is helpful in reducing pain, boosting flow of blood and dealing with peristalsis, which is known as the wave-like movement of the intestinal muscles. An acupuncturist can work along with your physician to observe the progress of this condition. Following appendectomy, acupuncture may prove beneficial in reducing pain as well as speeding up the process of healing.